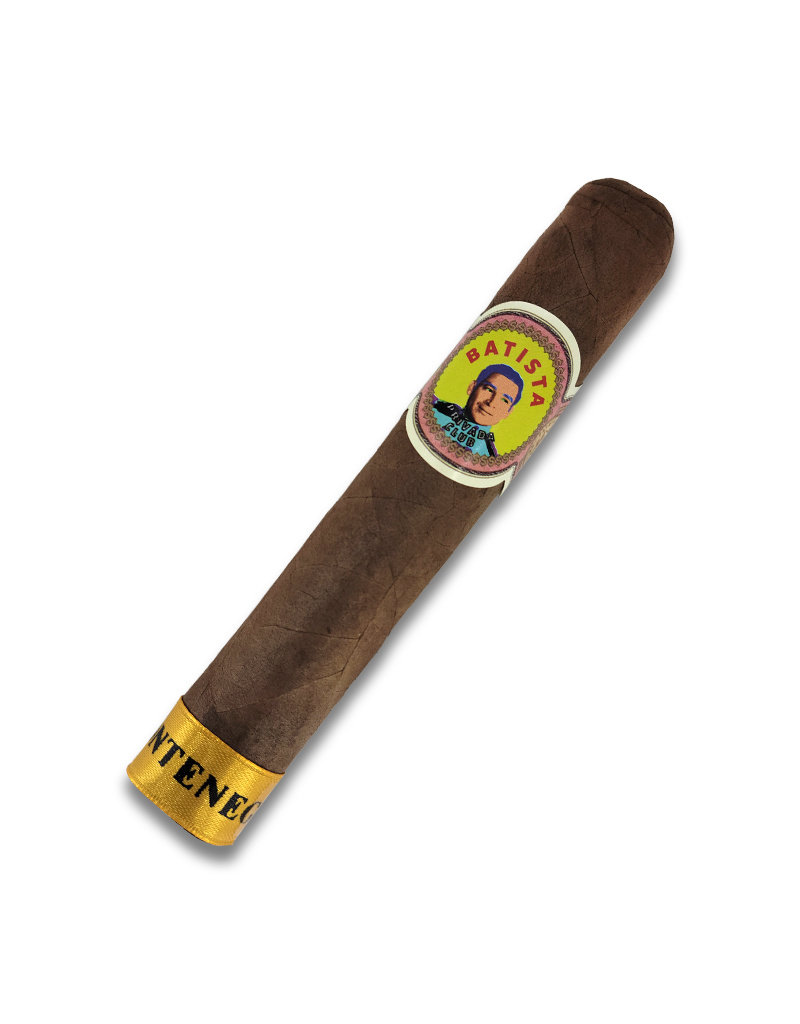 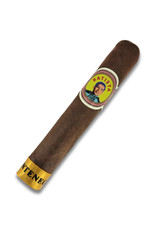 On December 31, 1958, at a New Year’s Eve party, the president of Cuba, Fulgencio Batista, told his cabinet and top officials that he was leaving the country. After seven years, Batista knew his presidency was over, and that it was only a matter of time until Fidel Castro and his rebel forces would take control of the island. Batista fled the island early the next morning. Under Batista, Havana Cuba was the original Las Vegas casino town. It was run by the mob and fueled by gambling and all the things that come with that. There were millions upon millions of dollars coming in and out of Cuba, along with tourists from all over the world. The band on this cigar is a “what-if?” What if

Batista had stayed in power? The band takes inspiration from traditional Cuban bands, but re- worked in the vintage neon casino style. Would this be what “traditional” cigar bands look like had

Batista stayed? The blend is an 8-year-aged, 5.5x55, Nicaraguan Puro rolled at Montenegro’s factory, Tabacalera Montengro. The blend, style, and flavors of this cigar are all classic, which is why this blend was chosen to become “Batista.”